Here we attempt to display multiple models (or experimental structures) taken from the SWISS-MODEL Workspace, Repository (SMR) and Tools in a single view. The intention is to identify differences between models, highlighting these variations automatically as easily as possible.

Models selected from around the SWISS-MODEL website will be grouped in the "control panel" by origin, eg SWISS-MODEL Repository (SMR), QMEAN or SWISS-MODEL workspace.

Models must be aligned to permit superposition.

For heteromers, which is the vast majority of experimental structures in SMR, the target sequence currently used for superposition can be selected from the list at the top of the control panel. 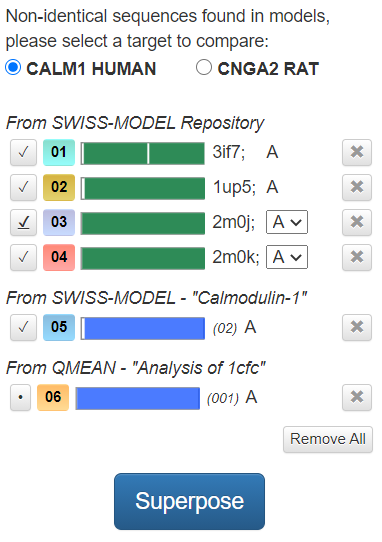 When non-identical sequences are detected in the ensemble of structures, a comparison is run to see if the targets are of similar length and similar sequence identity to suggest they could be aligned together.

If sequences are of equal length and high sequence identity, they are simply merged together. This can be done for multiple sequences. Otherwise, a Needleman-Wunsch alignment is run on the pair of sequences chosen.

An "Undo alignment" button will appear, in case the result is not optimal.

We aim to allow alignment of very similar sequences with this function. It should cope with the majority of similar sequence modelling projects in SWISS-MODEL and similar sequence uploads to QMEAN and Structure Assessment. If there are cases where you find the alignment does not produce valid results for such a case, please let us know! 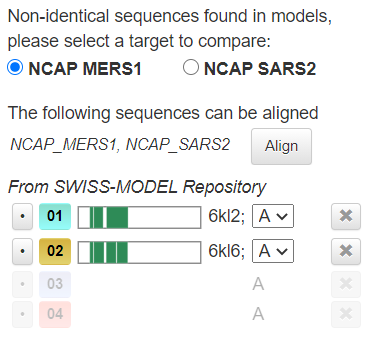 The initial superposition will align all chains to the longest chain. 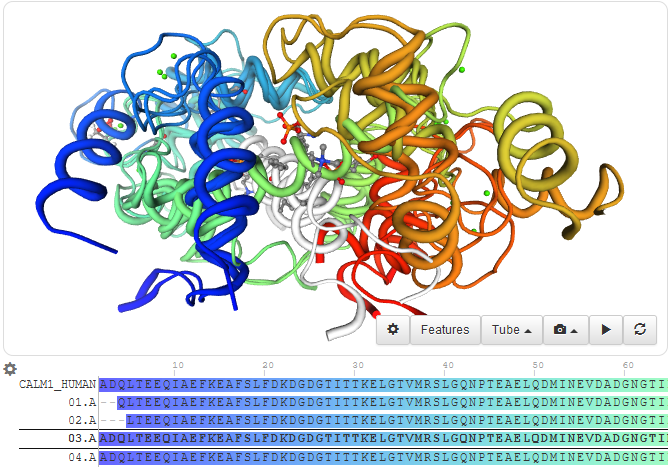 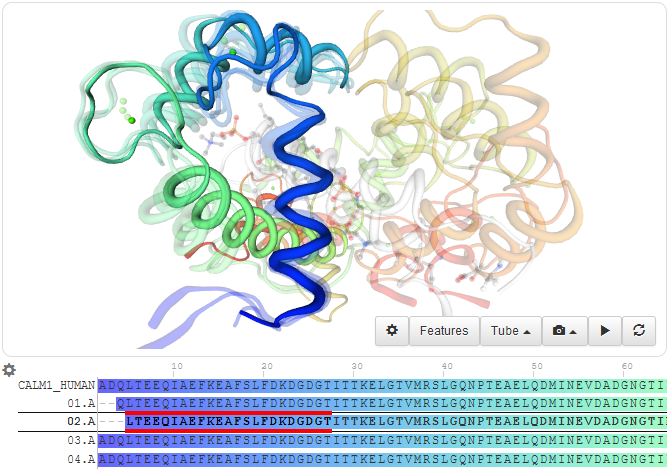 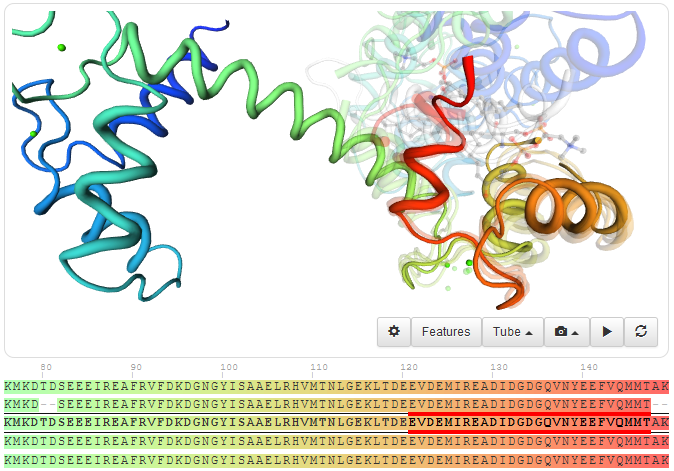 The consistency with ensemble aims to identify local deviations of a protein structure from the 'consensus' established by all other structures selected for comparison.

In detail: the per-residue score of one structure is defined as the average Cα atom based lDDT score when using all other selected structures as reference. lDDT is a superposition free score and assesses differences in pairwise interatomic distances. Only distances up to 15 Å are considered, reducing the effect of domain movement events. 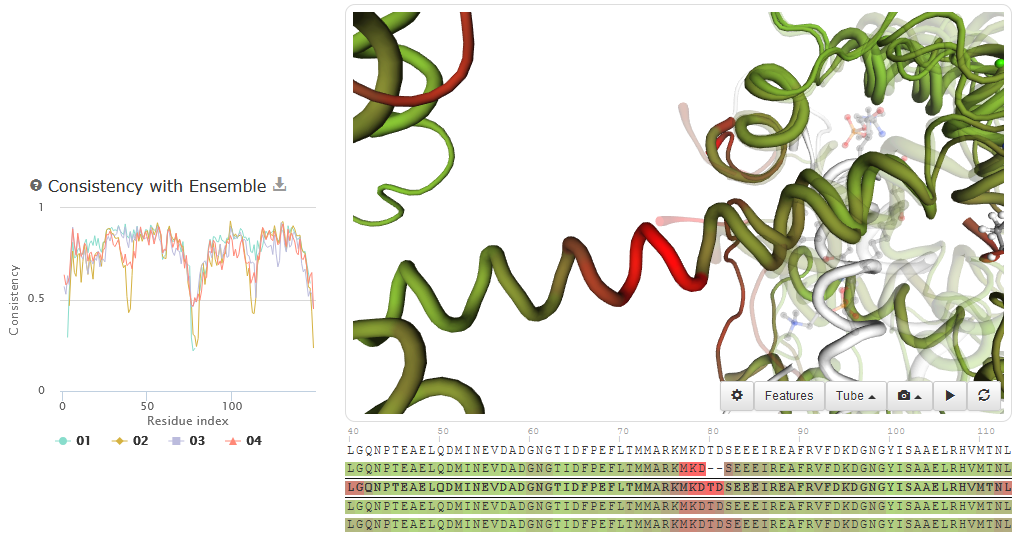 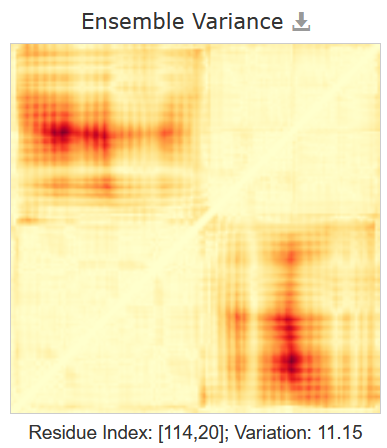 The ensemble variance assesses the consistency of interatomic distances in the full ensemble selected for comparison.

The value at location i,j represents the standard deviation of the pairwise Cα atom distances of the respective residues in all selected structures. While the approach is global in nature, longer range distances are scaled down. Given N structures we get: